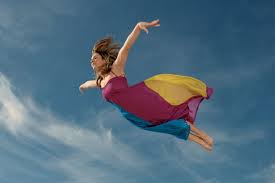 Frankly, just before Christmas, I thought everyone would be at the hairdressers. Every year I think I’m unlikely to be busy over this period and every year I’m proved wrong. Who wants a massage when there’s so much else to do – buy presents, get food and drink in, go to parties, prepare the house for guests? Yet I’m busier than ever.

Quite a few people who come to me at this time of the year are stressed out by Christmas itself (many of them have braved Oxford Street, poor things). Others are relieved to have survived another stressful year at work and suddenly realise how tired they are. Then there are the ones who are determined to look after themselves while those about them fall apart at the seams and overindulge. And, this year in particular for some reason, there are lots of clients who come to me for a pre-flight massage. They’re on their way to Bali or Madagascar or Sydney and the only way they can stomach the idea of sitting in a plane for all those hours is to get a massage and make sure they’re in tip-top form before they leave for the airport. I had two such clients in Islington yesterday and both said more or less the same thing – ‘Ok, now I’m ready.’ One of them said they wished they could afford to travel business class (who doesn’t?) but a massage from me before she went would at least make the trip bearable. I didn’t want to disillusion her but I reckon 14 hours into her flight and her back would still have become plane seat shaped. There’s only so much a massage can do in the face of economy class.

This led me to thinking that an airline that really wanted to distinguish itself would have a therapist on board who could invite passengers to a back and shoulder massage at some point in the flight. But they wouldn’t get me applying for any such position – being 30,000ft above ground level isn’t my idea of being relaxed.

A pre-flight massage will certainly help you stand up to the rigours of a long haul flight but an even better idea is a recovery massage as soon as you get back. January’s already booking up…

Let's dance
Get with the program
What to do with covid deniers
How to help yourself and others survive the new lockdown
This crazy lockdown
Crunch time
The crazies
Life goes on
Surviving the lockdown
The beauty of scars
The Roaring Twenties
Truly, madly, deeply
Skin deep
Fat kids
Martial artist
Meet Rei Toska
Sperm alert
Pain is your friend
The spa massage
Of pillows and mattresses
How to live to be 100
New year, new you?
The tan line
Back pain
Feeling relaxed?
How old is your heart?
Triumphing over injury
Tackling rugby
Why I stopped taking Omega-3
Belly watch (2)
Let's hear it for doctors
La dolce vita
The best massage ever
Belly watch (1)
Trust me, I'm a doctor
Life in the balance
The fear of taking our clothes off
The London marathon
The mystery of darts
In praise of slow
Drugs, alcohol and the waste of life
A little of what you fancy...
Open water
The iPhone and massage
The swimmer's body
Happy with yours?
Cut the fat, Santa
Big guys
Thin people
Fat people
Kyphosis – the curved back
Massage and osteopathy
Torture and the foam roller
Let's dance!
The authentic voice
Killing a lobster
Why (most) PTs are a waste of money
Bored meetings – and how to escape them
The way of all flesh
These feet were made for walking
Lost in space
Fat but fit?
Let's do lunch
Can massage help reduce high blood pressure?
Andy Murray's hip
Stretching – and being stretched
Stop making excuses
How often should I get a massage?
Massage for the young at heart
Brain power
What’s your favourite muscle?
Watching the world go by
Muscles maketh the man
And stretch...
Hocus pocus and mumbo jumbo
Soft music, candles and hogwash
Why I won't treat obese people
The sandwich generation
How we see ourselves
The pain paradox
The full body massage
The limits of massage
Men and their bellies
Reading the body
The dangers of sitting
How much should a massage cost?
What's the point of having a massage?
What does it mean to have a healthy body?