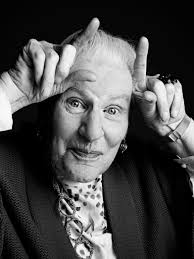 I’ve been reading Diana Athill’s book Somewhere Towards the End.  Athill, a distinguished editor and writer, who died in January aged 101, wrote the book when she was 90. In it she recalls a visit to the hospital where her mother was on her death bed and how difficult it was to believe her mother was dying because she was so present, so alive.

Her mother went between sleep and moments of lucidity in which she instructed those around her how to look after her dog when she was gone and where she had put her will.

One day, after a long sleep, her mother woke up and said to her daughter: “Did I tell you last week Jack drove me to the nursery garden, to buy that eucalyptus?” Athill replied: “You told me he was going to. Was it fun?”

Her mother answered dreamily – her last words before sleeping again out of which sleep she did not wake: “It was absolutely divine.”

As last words go, those are hard to beat. Although we can’t assume her mother meant it as a verdict on her life, still, the response is replete with celebration, treasured moments remembered right up until the last breath.

Athill herself is pretty unsentimental about the ‘downward journey’ of ageing with its inevitable illnesses and declining capabilities and the great thing about the book is her honesty but also her irrepressible humour that makes the book such a pleasure to read even when she is saying very hard truths.

Athill talks about the ‘good luck’ of having inborn resilience, both in character and in body. Her model, if you like, was the pianist and holocaust survivor Alice Herz-Sommer, who, despite having  experienced so much that is tragic, radiated joy until her last breath. Herz-Sommer was still playing the piano at the age of 109 and you can listen to her talking about her life on Youtube, still full of optimism and animated by her love of life.

I have always believed that staying ‘young and beautiful’ into old age depends on taking care of your health throughout your life, approaching everything with a generous heart and keeping a sense of humour. Diana Athill, chapeau!

Let's dance
Get with the program
What to do with covid deniers
How to help yourself and others survive the new lockdown
This crazy lockdown
Crunch time
The crazies
Life goes on
Surviving the lockdown
The beauty of scars
The Roaring Twenties
Truly, madly, deeply
Skin deep
Fat kids
Martial artist
Meet Rei Toska
Sperm alert
Pain is your friend
The spa massage
Of pillows and mattresses
New year, new you?
The tan line
Back pain
Feeling relaxed?
How old is your heart?
Triumphing over injury
Tackling rugby
Why I stopped taking Omega-3
Belly watch (2)
Let's hear it for doctors
La dolce vita
The best massage ever
Belly watch (1)
Trust me, I'm a doctor
Life in the balance
The fear of taking our clothes off
The London marathon
The mystery of darts
In praise of slow
Drugs, alcohol and the waste of life
A little of what you fancy...
Open water
The iPhone and massage
The swimmer's body
Happy with yours?
Cut the fat, Santa
The pre-flight massage
Big guys
Thin people
Fat people
Kyphosis – the curved back
Massage and osteopathy
Torture and the foam roller
Let's dance!
The authentic voice
Killing a lobster
Why (most) PTs are a waste of money
Bored meetings – and how to escape them
The way of all flesh
These feet were made for walking
Lost in space
Fat but fit?
Let's do lunch
Can massage help reduce high blood pressure?
Andy Murray's hip
Stretching – and being stretched
Stop making excuses
How often should I get a massage?
Massage for the young at heart
Brain power
What’s your favourite muscle?
Watching the world go by
Muscles maketh the man
And stretch...
Hocus pocus and mumbo jumbo
Soft music, candles and hogwash
Why I won't treat obese people
The sandwich generation
How we see ourselves
The pain paradox
The full body massage
The limits of massage
Men and their bellies
Reading the body
The dangers of sitting
How much should a massage cost?
What's the point of having a massage?
What does it mean to have a healthy body?