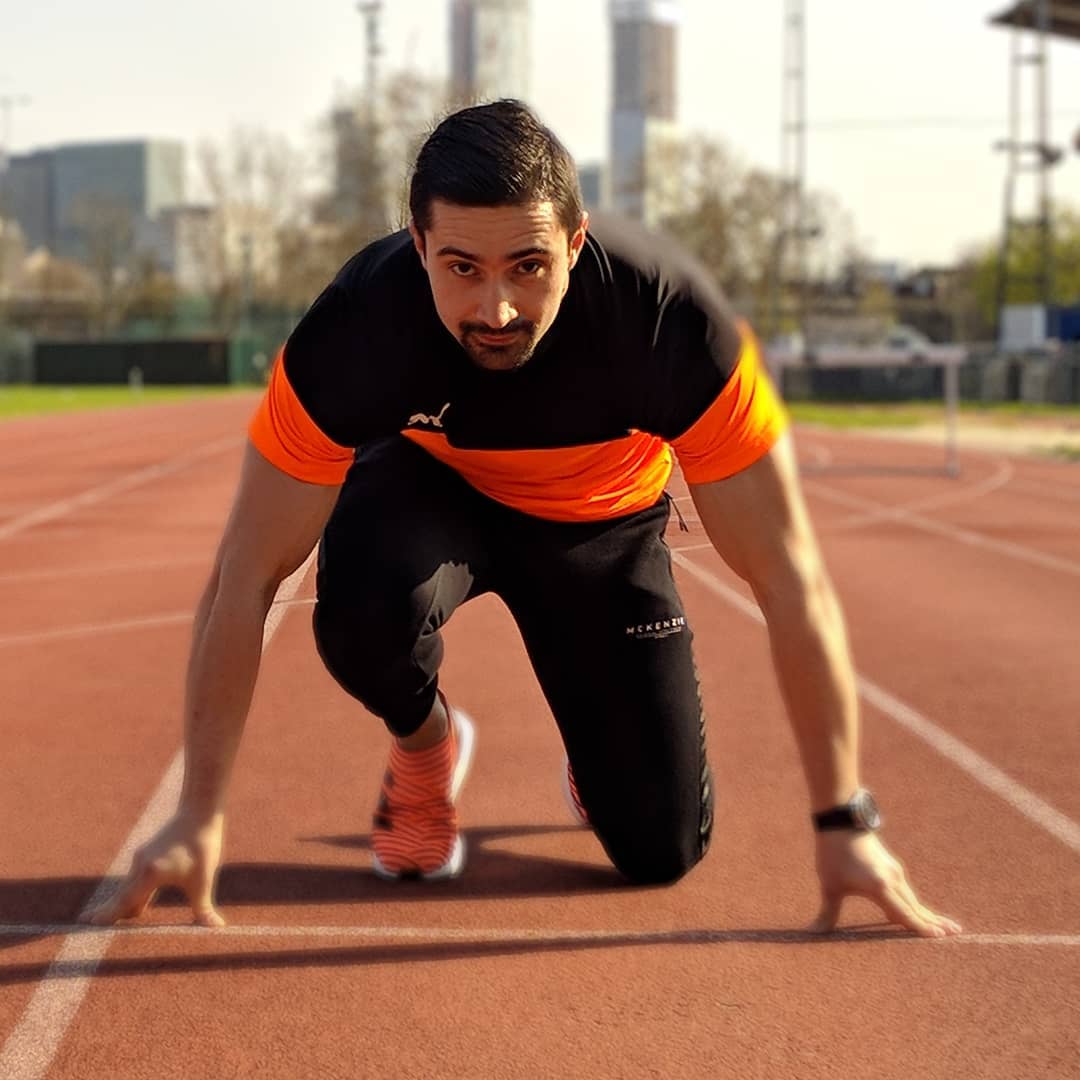 A while ago on this site I wrote a pretty scathing post about PTs – basically, I said most of them were a waste of money and too many of them were positively dangerous. But when you find a good one, they are worth their weight in gold – which is how they like to be paid. My fave PT is my friend Radi but since he became an osteopath he no longer works as a PT. So, what to do? I tried a few PTs since but for one reason or another, I didn’t stick with them.

Then yesterday morning at Highbury gym I had my first session with Rei Toska, a level 6 instructor, an Olympic athlete (he ran in the 2008 Olympic Games and is training like crazy for next year's games in Tokyo) and an inspiration even for someone like me who is sub basic when it comes to gym training. I tell you, it was a revelation!

I prefaced our workout by begging him to be gentle with me – I hadn’t slept well, I was in pain with a hip problem and I was feeling old… Please, show mercy!

I had such a great workout, nothing too much for me but yet hard enough to convince myself I was working out – I really felt those muscles burn. The revelation for me was how you can do a very effective workout using such low weights. It was all down to technique – and if you want to know more, or feel you now need to make real progress in your training, go see Rei (reitoska76@gmail.com 07502 155443). He’s amazing.

By the way, Rei and I exchanged and later the same day he came to me for a massage. It made me laugh that he prefaced the treatment with exactly the same plea as I had used – ‘I’ve just spent two and a half hours intense training on my legs – show mercy!’

Let's dance
Get with the program
What to do with covid deniers
How to help yourself and others survive the new lockdown
This crazy lockdown
Crunch time
The crazies
Life goes on
Surviving the lockdown
The beauty of scars
The Roaring Twenties
Truly, madly, deeply
Skin deep
Fat kids
Martial artist
Sperm alert
Pain is your friend
The spa massage
Of pillows and mattresses
How to live to be 100
New year, new you?
The tan line
Back pain
Feeling relaxed?
How old is your heart?
Triumphing over injury
Tackling rugby
Why I stopped taking Omega-3
Belly watch (2)
Let's hear it for doctors
La dolce vita
The best massage ever
Belly watch (1)
Trust me, I'm a doctor
Life in the balance
The fear of taking our clothes off
The London marathon
The mystery of darts
In praise of slow
Drugs, alcohol and the waste of life
A little of what you fancy...
Open water
The iPhone and massage
The swimmer's body
Happy with yours?
Cut the fat, Santa
The pre-flight massage
Big guys
Thin people
Fat people
Kyphosis – the curved back
Massage and osteopathy
Torture and the foam roller
Let's dance!
The authentic voice
Killing a lobster
Why (most) PTs are a waste of money
Bored meetings – and how to escape them
The way of all flesh
These feet were made for walking
Lost in space
Fat but fit?
Let's do lunch
Can massage help reduce high blood pressure?
Andy Murray's hip
Stretching – and being stretched
Stop making excuses
How often should I get a massage?
Massage for the young at heart
Brain power
What’s your favourite muscle?
Watching the world go by
Muscles maketh the man
And stretch...
Hocus pocus and mumbo jumbo
Soft music, candles and hogwash
Why I won't treat obese people
The sandwich generation
How we see ourselves
The pain paradox
The full body massage
The limits of massage
Men and their bellies
Reading the body
The dangers of sitting
How much should a massage cost?
What's the point of having a massage?
What does it mean to have a healthy body?