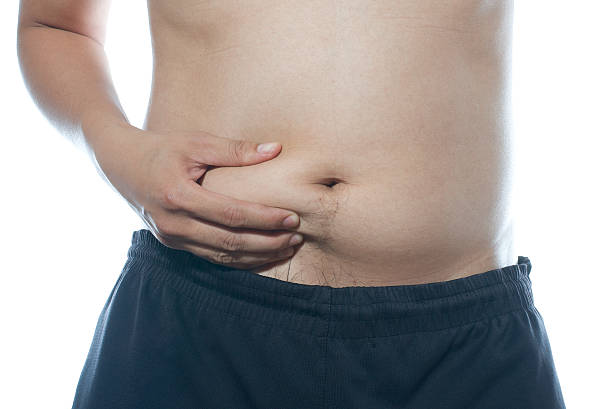 Here are a few facts (because facts still do exist):

In the UK, almost one quarter of the adult population is considered obese

One million British children are obese

Obesity is now the second leading cause of lifestyle-related cancers

NHS England has said around £16 billion a year is spent on the direct medical costs of diabetes and conditions related to being overweight or obese. The overall cost of obesity to wider society is estimated at £27 billion.

So when Cancer Research launched a campaign of health awareness warning about the dangers of obesity, who could possibly object? Well, some fat people apparently. There is now a fat acceptance movement who have had more than they can take from government health departments and nagging NGOs and morons like me advising them to lose weight. ‘We like being fat!’ they yell. Ok, then you stay fat, I yell back. That’s your choice – even though of course you will be asking other tax payers to cough up to deal with the consequences of your choice (yes, around £16bn this year).

When comedian Sophie Hagen (who is both unignorably fat and sometimes undeniably funny) accuses Cancer Research UK of bullying fat people, we know that rationality has beaten a retreat. Through a series of expletive-laden tweets, Hagen criticised the organisation for its damaging messages, claiming that fat didn’t equal unhealthy (she's completely wrong – overweight people who exercise regularly and consider themselves “fat but fit” still have a 28% increased risk of heart disease). “Your campaign is so damaging and fat shaming and I really hope it gets taken down,” she screamed at Cancer Research. Notice that people who are in denial always rant and tend to want to ban alternative views.

A client came to me in Highbury this week and I gave him a bit of a talking to. Basically I told him to start looking after himself. Diet and exercise. He asked to book again for this week but I told him I wouldn't treat him again until he'd lost weight. He looked a bit surprised. This morning I got a text from him thanking me for my advice and telling me that it had got him thinking and he was now determined to start making changes. Such a nice text to receive.

It doesn't always happen like that unfortunately. I had a pop star come to see me for a massage yesterday and I told him he needed to lose about 10 kilos. He looked at me as if I had just spat in his face. He is used, I suppose, to just having people say how wonderful he is. Shame, because in another year he'll be even fatter and well on his way to all sorts of life-threatening diseases. You just can't tell some people.

Let's dance
Get with the program
What to do with covid deniers
How to help yourself and others survive the new lockdown
This crazy lockdown
Crunch time
The crazies
Life goes on
Surviving the lockdown
The beauty of scars
The Roaring Twenties
Truly, madly, deeply
Skin deep
Fat kids
Martial artist
Meet Rei Toska
Sperm alert
Pain is your friend
The spa massage
Of pillows and mattresses
How to live to be 100
New year, new you?
The tan line
Back pain
Feeling relaxed?
How old is your heart?
Triumphing over injury
Tackling rugby
Why I stopped taking Omega-3
Let's hear it for doctors
La dolce vita
The best massage ever
Belly watch (1)
Trust me, I'm a doctor
Life in the balance
The fear of taking our clothes off
The London marathon
The mystery of darts
In praise of slow
Drugs, alcohol and the waste of life
A little of what you fancy...
Open water
The iPhone and massage
The swimmer's body
Happy with yours?
Cut the fat, Santa
The pre-flight massage
Big guys
Thin people
Fat people
Kyphosis – the curved back
Massage and osteopathy
Torture and the foam roller
Let's dance!
The authentic voice
Killing a lobster
Why (most) PTs are a waste of money
Bored meetings – and how to escape them
The way of all flesh
These feet were made for walking
Lost in space
Fat but fit?
Let's do lunch
Can massage help reduce high blood pressure?
Andy Murray's hip
Stretching – and being stretched
Stop making excuses
How often should I get a massage?
Massage for the young at heart
Brain power
What’s your favourite muscle?
Watching the world go by
Muscles maketh the man
And stretch...
Hocus pocus and mumbo jumbo
Soft music, candles and hogwash
Why I won't treat obese people
The sandwich generation
How we see ourselves
The pain paradox
The full body massage
The limits of massage
Men and their bellies
Reading the body
The dangers of sitting
How much should a massage cost?
What's the point of having a massage?
What does it mean to have a healthy body?